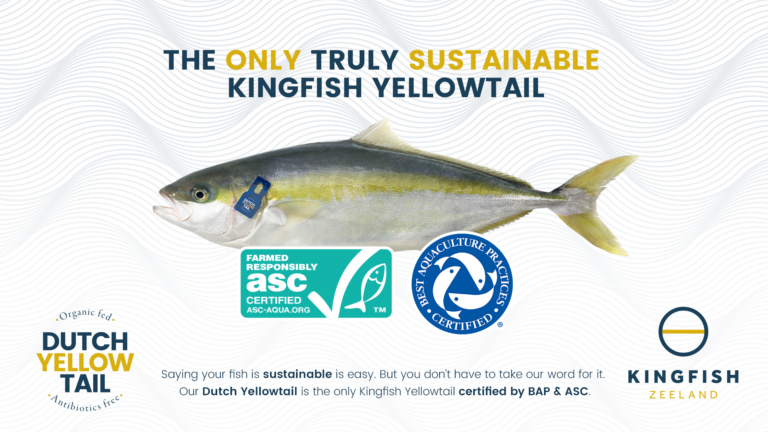 The Best Fish of & for the World

By Andy Mosmans | BLOG | No Comments

Putting purpose into practice. Kingfish Zeeland is on a mission to deliver a new level of uncompromising quality and sustainability. Meet Dutch Yellowtail. Organic Fed. Antibiotics Free. The Best Fish of the World and for the World. The only truly sustainable Kingfish Yellowtail. Certified by both BAP & ASC.